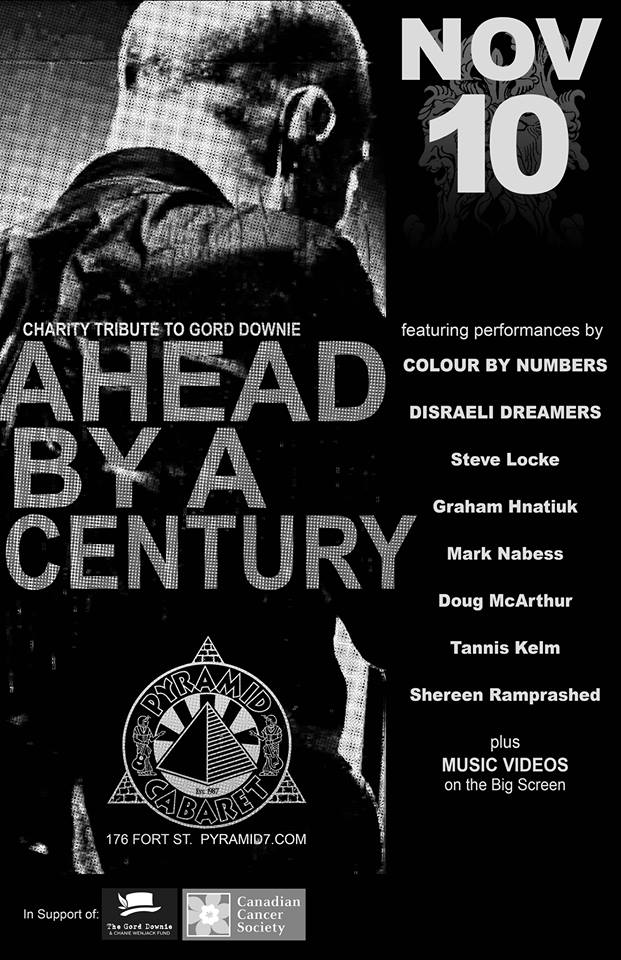 On October 17 Canada lost one of its icons, and a man that seemed to embody the spirit of the country in songs of its history, culture – and especially, and most recently – its future.

Gord Downie continued to be a huge influence on me in my developing years, and it was truly an emotional day (if not week!) spent reflecting on his career. I teared up at memories of seeing The Tragically Hip live in concert, and of listening to my favourite albums (Fully, Completely, Road Apples, and Trouble at the Henhouse) on road trips through the Canadian Shield, alone in my bedroom contemplating the art I’d create someday, and the journeys I’d make to faraway places with those songs of home in my heart. I remember that watching the live broadcast of The Hip’s final concert in Old Market Square was a very fond farewell, without feeling like it was really over. Still doesn’t.

If there’s one thing I can take away from Gord’s work as a poet and musician, it’s that his lyrics expressed not just how to be Canadian, but why. In particular, the work that’s been released since the announcement of his illness has had significant impact on me as a settler on this land, with the Secret Path Project teaching me lessons on humility, dignity and grace. Of course, such a thing can’t possibly replace authentic voices in art reflecting lived Indigenous experience, but I’ve recently been giving a lot of reflection on the process by which Gord approached the Wenjack family, bore witness to the story, and produced the material which is now being used as an educational tool for Truth and Reconciliation. It is a teaching on how a settler can, and perhaps should, engage with the history of Indigenous genocide in a way that produces something meaningful, and contributes to the decolonization of the country, and of ourselves.

And so I’m proud to say that I’m helping to organize, and will be performing in a tribute show alongside a list of musicians and fellow poets called “Ahead by a Century – A Charity Tribute to Gord Downie” taking place at The Pyramid Cabaret on November 10. Acts will be performing their favourite tunes by Gord and The Hip, and proceeds will go towards both The Gord Downie Fund for Brain Cancer Research, and The Downie/Wenjack Fund.

I’m looking forward to sharing some of Gord’s work from his collection, Coke Machine Glow, and to singing along with the other artists at the top of my lungs.